DoubleBack Dish
We take history off the shelf - to preserve, share and remix it! Take peak into how culture & history come alive...everyday

“Obama has been a game-changer from the beginning. If you see the presidential libraries of current living presidents, you’ll see how those centers have evolved. … Going digital is a natural progression of lessons learned from those entities.”  ~Adrena Ifill

This is a quote from a great discussion that I had with Chicago Tribune reporter Lolly Bowean. She wrote a real thought-provoking article that looked at about how future presidential archives will be built. It really made me pause for a second and give thanks. #historymatters to more and more people and technology is furthering its contents.

Read the article and let me know your thoughts!

Thank you to the #ObamaPresidentialCenter for pushing us forward.  #Archivesasresistance

Jan
24
Are there places in your community that need to be preserved? Act Now! BY DBPSite

Check out this story on fsunews.com

While on the treadmill I started listening to this series and was transfixed….such that a 30 min workout was too short !

“This Radio 4 series covers a huge span of black British theatre, TV and film – from Ira Aldridge to Steve McQueen, and Nina Baden-Semper to Bola Agbaje – it’s a great sweep of history that excites and stimulates the imagination,” Sir Lenny said. “It is easy to forget that there were precedents to our current age of BAME (black, Asian and minority ethnic) breakthroughs and by talking to the likes of Roy Williams and Mustapha Matura, we acknowledge that the young reach their current heights by standing on the shoulders of those that went before.”

I love it when content looks at history in the present tense.  Check out Michel Martin of NPR‘s story on enslaved chef James Hemings’ of Monticello revived in the modern times…

Behind The Founding Foodie, A French-Trained Chef Bound By Slavery

1915 marked the start of the venerable Association as the established call it and the emerging say ASALH. The mission of the Association for the Study of African American Life and History (ASALH) is to promote, research, preserve, interpret and disseminate information about Black life, history and culture to the global community

Jul
29
Inquiring Minds Want to Know – What Do Archivists Do? BY DBPSite

People usually ask me if I am archivist – I say no I am an archival advocate.  Also know as – some of my closest friends are archivists!  Click here to take a peek into what they do all day.

Recently, I worked with an organization that was doing a spring cleaning.  In the course of the exercise, I discovered that some files slated for trash were indeed important archives.  Mon Dieu!! Like the old saying goes – one person’s trash is another’s treasure!

Take note – I caution organizations to approach spring cleaning with more care than doing the weekly refrigerator purge.  #HistoryMatters While it is important to have files organized, and workspaces neat and free of obstructions, this does not have to be at the expense of disposing of valuable historic assets that speak to the mission and achievements of the organization and its community.

Tip One – Identify one person within the organization or department to be the point person.  Then have that person reach out to all members of the organization’s work community to identify or claim items by a certain time period.

Tip Two – Work in small groups, with a stated deadline, to make sure things are sorted, filed and/or disposed of, if appropriate. Always work together, stop and communicate – some documents or photos may be less important to you but are vital records to your colleagues.

Tip Three – Haste makes Waste – Once an item is thrown away – it often cannot be replicated.  Perhaps you don’t need it, but in twenty years – think about how this could impact the organization’s story if not told.

If you are like me, I often look back and old photographs and wonder – now, who was that in the red hat that I was talking to a 1999 Memorial Day picnic?!

I suggest using a soft pencil and writing on the back of the old photos to capture that information.  For digital photos – use the tags and description box to write down who is the photo and where it was taken.

Your grandkids will thank you! 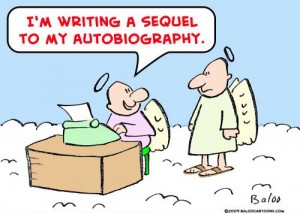 What’s your story?  Take a moment to think about all the great and amazing things you have done in the last 5 years.  Now, in 20 years, will you remember what was the most significant event or achievement of 2015?  Where was it? When did it happen?  What was it? Why was it significant? How did you feel?

Well, here is a tip to preserve your legacy – Use archival safe, acid free products to collect those mementos in one place and make sure to make a digital copy for sake keeping.

May
13
Preservation Happens Every Day BY DBPSite

When I think of #Preservation – I take an unconventional approach.  Did James Baldwin or Bessie Smith know they were making history when they got up every morning?  I doubt it, but what I do suspect is that they each had a healthy appreciation for recoding and preserving their observations.

One of my favorite authors – Chimamanda Adichie – talks about the “danger of a single story.”  The role that preservation plays gives flight to a multidimensional story – oral histories, personal scrapbooks, archival collections and commentaries via social media are some of the most illustrative versions.

“Chimamanda Ngozi Adichie, the best-selling Nigerian author, wants American readers to know that African writers don’t just write about Africa’s problems. “When we talk about the developing world, there’s this idea that everybody should be fighting for the poor,” she says. Though it might seem obvious to point out, she adds, “people are diverse, and there are different things that are going on with them.”

She calls it the “danger of a single story”—the idea that people living in certain areas of the world all have one kind of experience. Ms. Adichie hopes to show audiences Africa’s range of stories as the co-curator of this year’s PEN World Voices Festival. For the first time, the weeklong literature event, which starts Monday in New York, will have a regional focus. Along with other book-related programs, authors from Africa and its diaspora will speak about topics like how the West misunderstands African culture and the state of Africa’s poetry scene.”

May
01
Scrapbooks are History books BY DBPSite 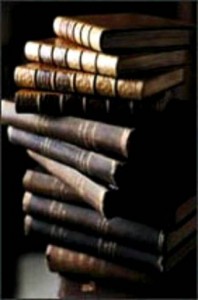 In 1854 Frederick Douglass urged the readers of his newspaper to clip out an article called “Black Heroes”: “Colored men! Save this extract. Cut it out and put it in your Scrap-book.” The item told of armed African American soldiers in the Revolutionary War and listed the names of eighteenth-century “black men who had fought and bled for their country” as proof of black people’s stake in the nation. In exhorting “colored men!” to cut out the extract, put it in their scrapbooks, “and use it at the proper time,” Douglass suggested that the clipping itself could be ammunition for a cause…He thus identified a crucial potential in nineteenth-century scrapbooks made of newspaper clippings: scrapbooks could be a weapon.